Man’s feelings are always purest and most glowing in the hour of meeting and of farewell – Jean Paul Richter, writer, 1763-1825

At HOPE Connection, we encourage every group member to say goodbye to other group members and the group therapist when they move from one group to the next. There is a rationale behind this tradition, which you can read about here.

Following this tradition, a group member recently said goodbye to HOPE Connection after completing the two-year program. He spoke to all group members and the therapists, saying:

“Valley Beth Shalom will always hold a special place in my heart. Almost 42 years ago, in this very same building where we are now gathered, the late nationally renowned Rabbi Harold M. Schulweis presided over my marriage to my late wife Cheryl. After almost 40 years of marriage, a few months after her tragic death to suicide in May 2016, I once again entered the doors of VBS — this time to join HOPE Connection’s widow/widower support group to guide me through the grieving process.

“When I was interviewed on the phone after Cheryl’s death, I expressed concern that, due to the unusual and unnatural aspects of her death, I would not easily fit into the widow/widower support group. I explained that I was also joining a suicide bereavement group sponsored by Didi Hirsch Mental Health Services, which held weekly meetings over a two-month period, and was open to anyone who had lost a loved one to suicide. 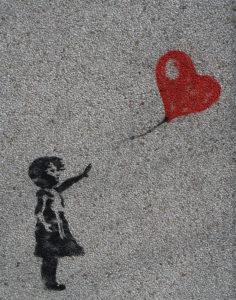 “I was assured that I would still benefit from the HOPE Connection program, so I decided to give it a try. My first day at HOPE Connection was a rather intimidating experience. When I looked around after entering my Group 1 meeting room, my initial reaction was that I did not belong there. Among the sea of ladies was only one man, who, I learned during the session, was moving to Group 2 the following week.

“To ease my apprehension, my facilitator promised that a few men would soon be joining Group 1. Besides this gender disparity, it appeared to my subjective eyes that I was considerably younger than most of the other group members. And when some of the ladies in the group started sharing their stories regarding their spousal losses, I realized that my situation regarding my wife’s deteriorating mental illness during the last two years of our marriage and the resulting suicide was much different than their situations; however, I did find some comfort and commonality when one of the ladies in the group decided to disclose that she was also the victim of a spousal suicide.

“With the urging of my adult children, in spite of my initial doubts and apprehension, I decided to continue with HOPE Connection. For many reasons, I am glad that I did. I would like to thank Dr. Jo for her dedicated leadership, and all of my facilitator therapists, including my Group 1 facilitator, Sheila, for their skillful and compassionate guidance to me and to my fellow group members throughout our grief journey. Furthermore, I would like to thank my fellow group members, some of whom are still here and those who have recently completed Group 5.

“For those of you I do not have the pleasure of knowing and who are in the earlier stages of your journey through grief, no matter how different you may think your circumstances are from those of your fellow group members, it might be helpful to recognize that all of us share one thing in common — we are trying to rebuild our lives after the devastating loss of our closest friend, partner, and companion.

“I believe that HOPE Connection has given us the best opportunity for the rebuilding of our lives. Thank you.”